Malvinas: 189 years of an open wound 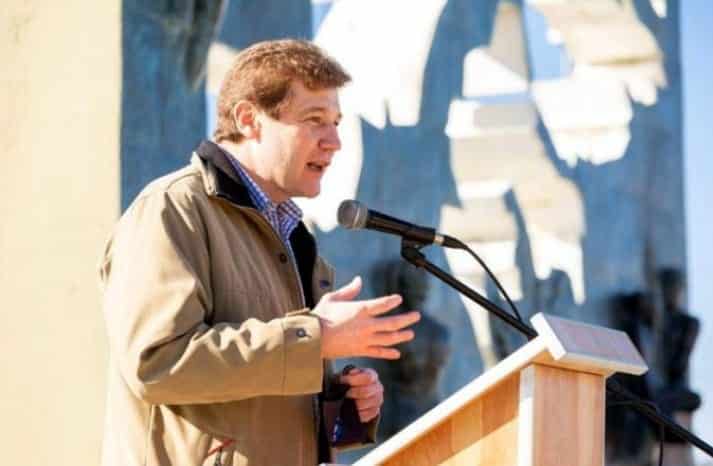 189 years ago, part of the territory of our young Nation -and of our present Province- was usurped by the most important colonial power of those times. Without prior notice, in the presence of friendly relations and without any reason, the United Kingdom appealed to the crudest use of force to satisfy its old colonial pretension abandoned in the second half of the 18th century and thus occupy our Malvinas Islands.

Our forefathers, with great strategic vision, were perfectly aware of the importance of this region. Not for nothing one of the first acts of government of the First Junta had to do with Malvinas. A decade later, when our country was able to give the necessary attention, Argentina took official possession and raised our national flag for the first time in the Islands in front of ships and captains of various nationalities; an act that was widely covered and publicized throughout the world, including in the Times of London.

For almost a decade, Argentina carried out innumerable acts of sovereignty over and around the Islands: land and cattle concessions, appointment of authorities, among others. Perhaps one of the most transcendental, and which shows the importance that such territories had for the national government, was the enactment of the first law regarding the rights over fishing and amphibian hunting products in the Patagonian coast with the purpose of regulating such activity and avoiding the depredation of the resources due to the excesses committed by foreign vessels.

Four years before the violation of our territorial integrity by the British forces, Argentina had established an administrative framework in accordance with the importance of that part of the national territory. On June 10, 1829, by decree, Argentina created the Political and Military Command of the Malvinas Islands and Adjacent to Cape Horn in the Atlantic Sea and appointed as Political and Military Commander of that vast jurisdiction to Luis Vernet, who had given more than enough proof of the value of those sectors of the young Nation.

This Command, whose political and administrative center was located in the Malvinas Islands, had jurisdiction, as well, over Tierra del Fuego and the maritime areas. It was the first antecedents of our Province. Probably, if the British act of force, in violation of the international law of the time, had not been carried out, our Province would have its capital in the Malvinas Islands.

Argentina had demonstrated the viability and potential of the Islands and had been the first nation in the history of the Islands to appeal for the first time to the establishment of a civilian population and to commit to its human development. According to reports at the time, more than 300 people had passed through the Argentine settlement and more than 150 were living peacefully in the Islands where the laws of the Republic were in force and respected. The Argentine authorities were concerned about maintaining excellent relations with the native populations of the region and helped those sailors who sailed the stormy Atlantic Ocean, even providing assistance in our South Georgias Islands.

It was London who, seeing the strategic potential of the Islands and the progress that Argentina had achieved with great effort, put an end to the greatest population development of the Islands in its then more than three centuries of history.

Thus, violating international law and the territorial integrity of a nation with which it maintained friendly relations, the United Kingdom inflicted a deep wound in the heart of our new Republic and, in the words of the representative of the brotherly people of Bolivia, it was an «offensive and too injurious act to all the American republics».

Appealing to its military superiority, the British government expelled the legitimate Argentine authorities established there and the Argentine population residing there. In this way, names like Joaquín Acuña and his wife Juana, Mateo González and his wife Marica, María Rodríguez with her three children, Anastasia Romero, Encarnación Álvarez, Carmen Benítez, Tránsita González and her daughter and dozens of other men, women and children became the victims of British imperial arrogance. People who were expelled from their homes and prevented from returning. People who perhaps today would be ancestors of the inhabitants of our Province if peaceful national development had continued in these territories.

Their names, as well as those of our Heroes and Heroines of the South Atlantic Conflict of 1982, are a vivid reminder that there is no other way than diplomacy, international law and peace. This is evidenced by Argentina’s permanent and reiterated willingness to resume, in a constructive spirit, the bilateral negotiation process with the United Kingdom. This is what the international community demands, with the firm objective of finding a peaceful and definitive solution to the sovereignty dispute.

189 years after the origin and genesis of the illegal British presence in our Islands, a fact that Argentina never consented to and that today, as in those days, was protested and where our country offered its solution by different peaceful means; we reaffirm our inalienable right to live in peace throughout the territory of our Province, which contains in its jurisdiction our Malvinas Islands, South Georgia, South Sandwich Islands and the corresponding maritime and insular areas.

In the 21st Century, we urge the United Kingdom to abandon its colonial attitude and to comply, once and for all, with the mandate to put an end to colonialism in all its forms that the United Nations has imposed on all the States of the world, and thus recover the effective exercise over our usurped territories and heal a wound that is still as painful and expensive for the Argentine people in general and for the Fuegians in particular as it was 189 years ago.